The Monster Tube Caddis. A unique pattern from Fishmadman. A highly efficient caddisfly imitation for surface fishing for a.o salmon and steelhead. Tied on tube and made from high-quality materials.

This version of the Monster Tube Caddis is made for deaddrift fishing – We also do a version specially made for steelhead wake fishing…. Go the this category 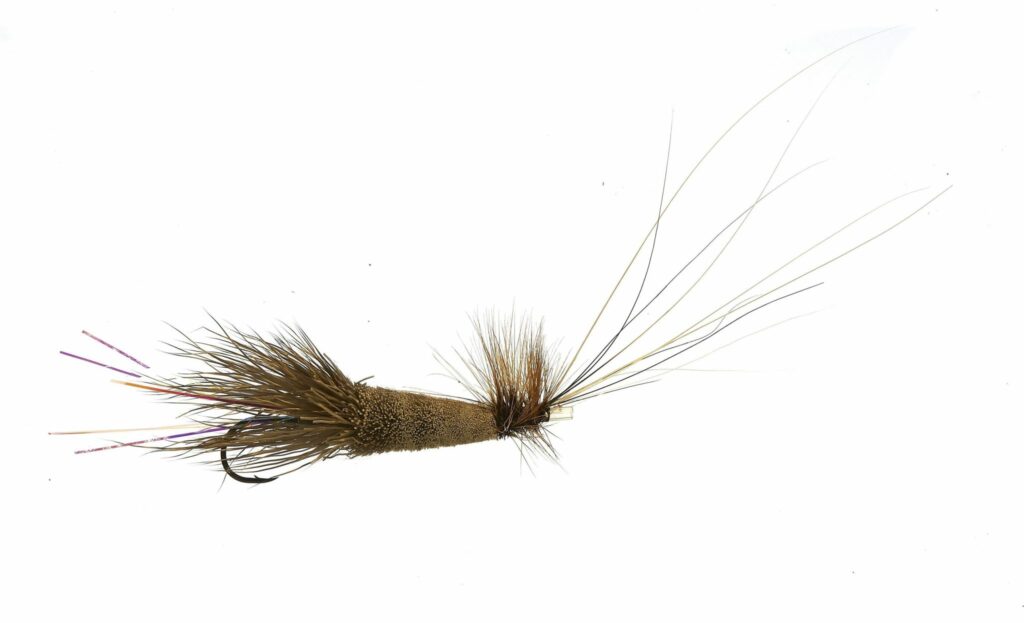 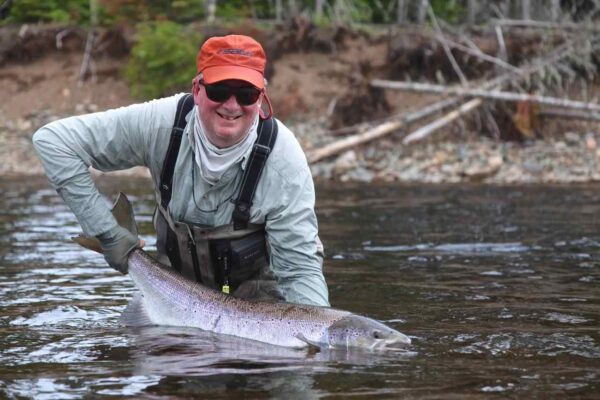 Here our own pattern; The Monster Tube Caddis in big equivalent to a # 4 – Unique and highly efficient caddisfly imitation designed to be fished at dead drift for a.o salmon, sea run brown and steelhead.

We made our first Monster Tube Caddis tube fly in the 90´s and started selling them in 2008 sins then we have learned of 6 salmon in the 14 – 18 kilo (30 – 40 lb) being caught in the north of Norway – A pattern that also has worked fantastic on rivers on Newfoundland and mainland Canada. Picture above a forty-three inches (109 cm) – about 36 pounds (16 kilo´s) – caught on a Monster Tube Cadis in the upper Cascapedia River in the Chic Choc mountains by angler; Mr. Ian Martin – Read about this fish here

Picture left; a forty-three inches (109 cm) – about 36 pounds (16 kilo´s) – caught on a Monster Tube Caddis in the upper Cascapedia River in the Chic Choc mountains by angler; Mr. Ian Martin

special details on this fly

We have kept the Monster Tube Caddis exactly as the first fly that was designed back in the 90`s – It features a flat cut belly of deer hair in a dull brown colour – A light brown hackle that is cut flat on the bottom.

Horns made from rabbit whiskers

This fly has long horns protruding from the head of the fly – These are made from rabbit whiskers; an exclusive and resilient material that works great on salmon dry flies… They will do their duty as long as you fly lives and we know they make a difference. 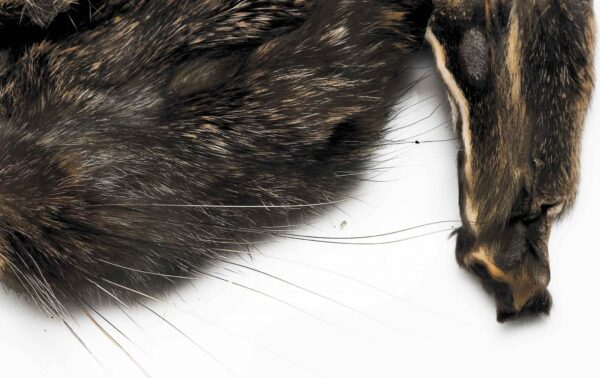 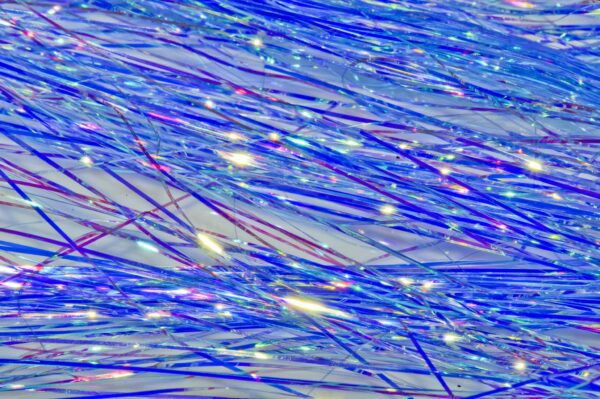 Flashabou at the tail attracts fish

Same fly but in a different size 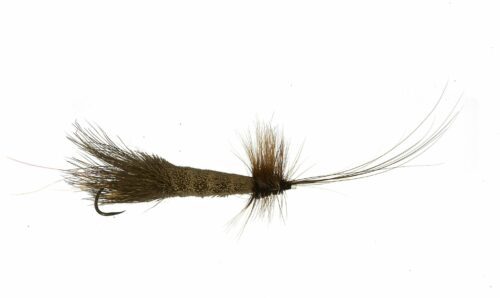 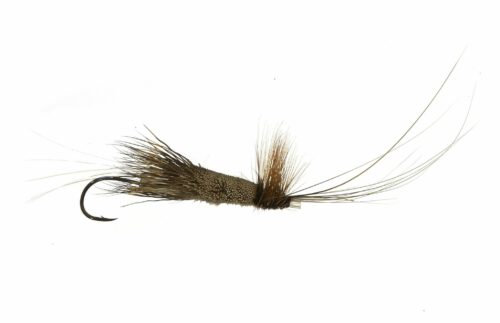 the wake version of the Monster tube caddis 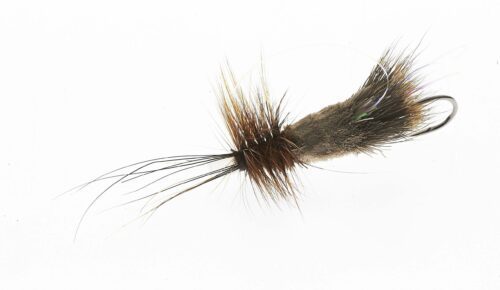 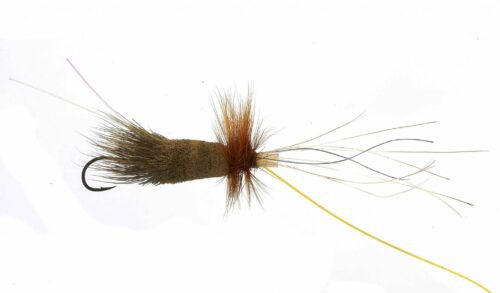 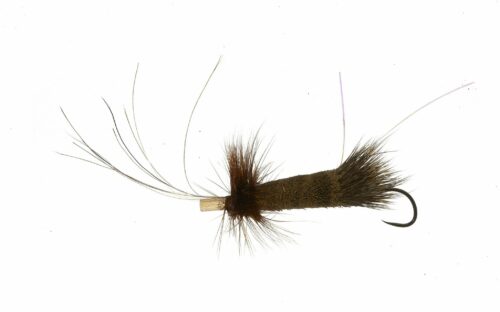 Our exclusive page on the Monster Tube Caddis

Read more about the Monster Tube Caddis on our dedicated page on Fishmadman.com

Visit the page on Fishmadman

Tie your own Monster Tube Caddis

If you feel inclined to try to tie the Monster Tube Caddis – We have the kit with all the material needed to succeed. 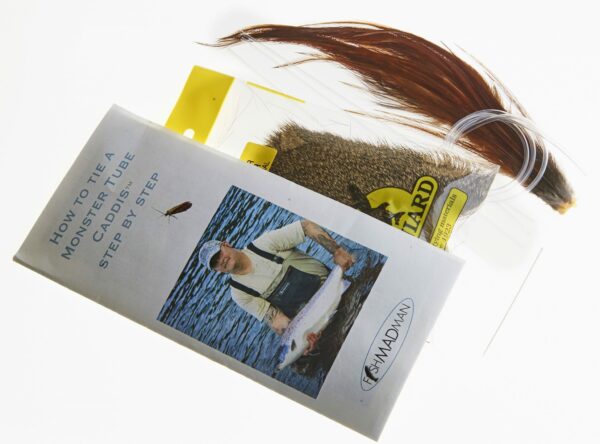 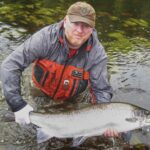 I can tell you this fly and other tube dry flies will definitely be in my arsenal from this point on! Several times I hooked and landed large Atlantic salmon on their creations when my traditional flies and Bombers had no effect on the salmon. The Atlantic Salmon world is continually changing with new gear and techniques, Don’t miss the boat on this new and exciting way to fish dry flies! Give these flies a try! You’ll be more than happy that you took the time!! Thank-you Jesper and Per” Tight Lines! 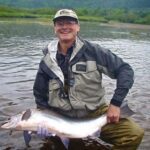 Here is a photo of a 40 inch by 21 inch Atlantic salmon we landed on one of your Monster caddis tube flies the last week. You can see the fly hanging from the fish’s mouth (barely). I’ve hunted large salmon for 20 years throughout Newfoundland and Labrador and that fly moves them unlike any other. We’ve had many large fish come to that fly in the last week when other flies just would not move them. 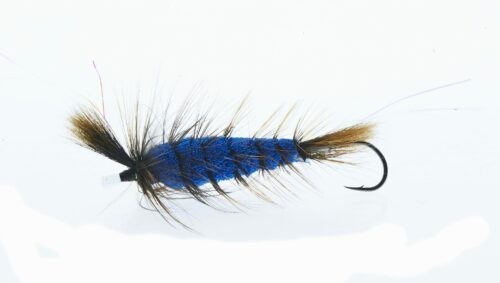 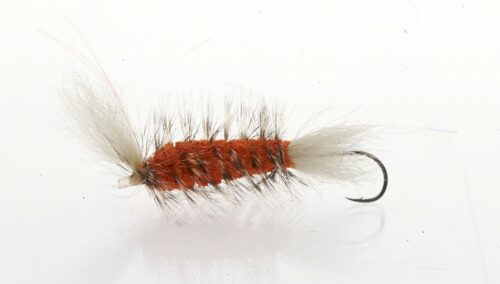 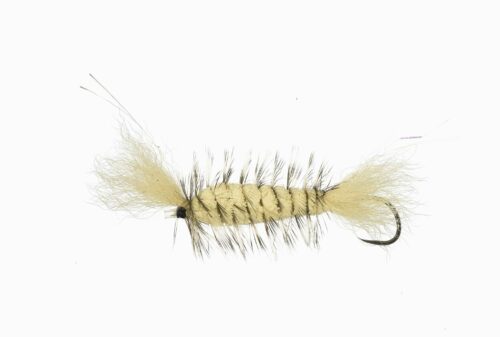 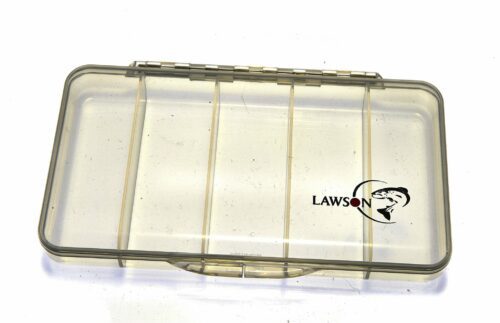 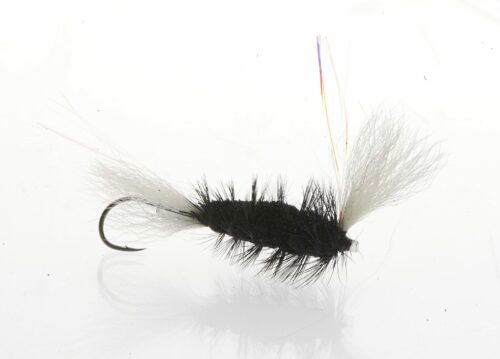 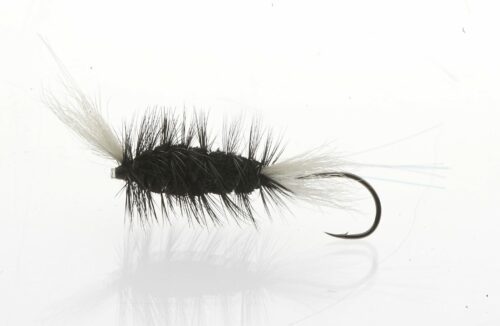 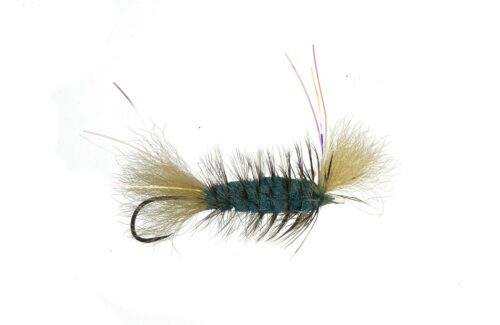