This the medium version of the Sunray Shadow iridescent Blue. A very special selection of flies with selected hair and an iridescent body gives this flies a shimmering but also see-through body… We know you will be amazed by the catching ability of these flies – they are some of the best salmon flies we have ever tried

This a 100 – 110-millimeter fly…or medium version – The tubing is 43 millimetres long – The tubing is 3.2/2.0 mm. thick – The tubing diameter is flexible due to the special nylon compound we have formulated – So bigger hooks than those we suggest could be used 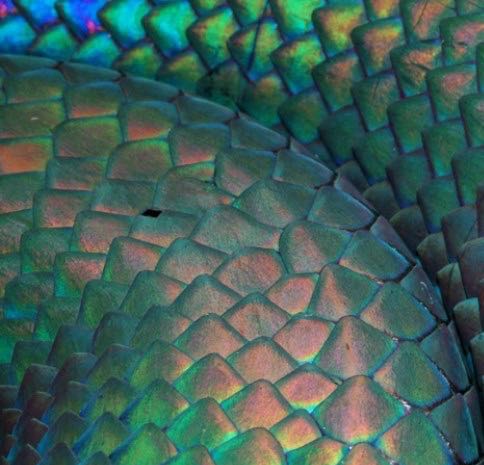 Working together with salmon angler Håvard Vistnes from the very North of Norway we devised a simple series of very special Sunray Shadow flies – They are built slim with selected hair from the Himalayan goat – The iridescent material is wound and glued onto the body to give the fly a shimmering but also see-through body… We know you will be amazed by the catching ability of these flies – they are some of the best salmon flies we have ever tried
Iridescence (also known as goniochromism) is the property of certain surfaces that appear to change color as the angle of view or the angle of illumination changes – used by land and water animals to hide from or confuse predators – who themselves also use the properties of the iridescent to hide from their prey
Photo © of iridescent snake Mr. Marc A. Spataro

Why are these long wing Sunray Shadow flies so good?

Why are these long wing Sunray Shadow flies so good?
A substantial percentage of the food Atlantic salmon and steelhead eat at high seas is fish – often small silver fish like Capelin and sand-eel as seen on photo – Most likely the long-winged tube fly like the Sunray Shadow will encapsulate the essence of these fish

The other iridescent sunrays 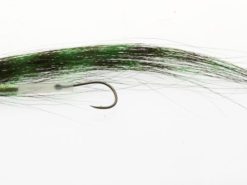 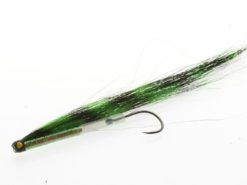 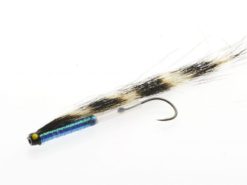 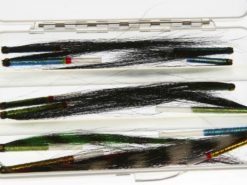 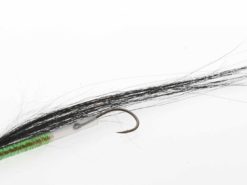 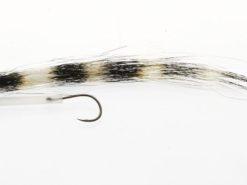 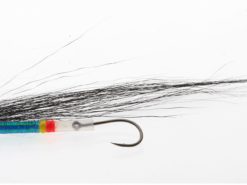 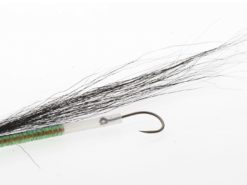 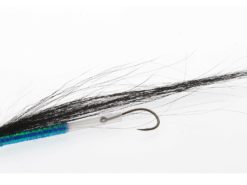 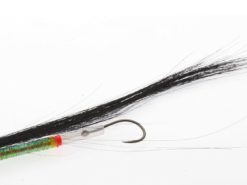 Read more about long-winged tube flies and how you use them – Go to our Fishmadman.com page on the subject

Read more about what salmon eat at high sea – Go to our Fishmadman.com page on the subject

How to fish The Sunray

Traditionally the Sunray Shadow family of long-winged flies would be fished 45 ° across the river…on the swing so to speak. It can either be fished close to the surface on floating line or deeper on a sunken line. 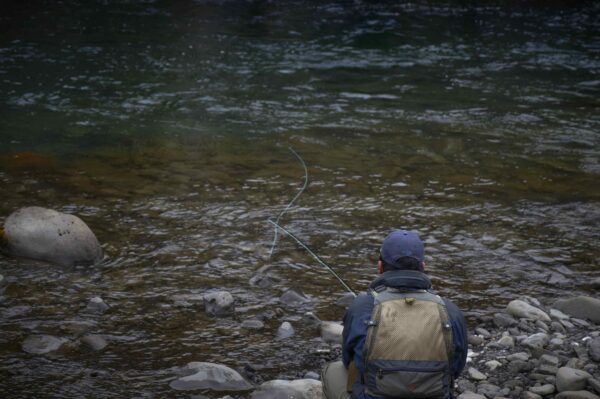 We like to fish the Sunray Shadow on a floating line with great speed – straight across the river – retrieving line with our hands as quickly as possible as in the manner of some forms of salt water fishing.

With this style of fishing your not entirely restricted to fish your fly straight across the river, you can in fact fish and retrieve the fly in any given direction – The salmon will chase down this fly in the same style as they do plugs or spinners… fast and aggressive… often jumping right out of the water grabbing the fly in the surface.

The Sunray Shadow fly originally designed by Mr. Raymond brooks in the 1960´s is an icon in the world of tube flies and a standalone pattern that sums up all the greatness of the tube fly system

A long tube fly like the Sunray Shadow fitted with a small wide gape hook (like a coarse fishing carp hook) – will weigh less than a conventional fly tied on a long shank hook – furthermore, tube fly patterns do not have issues with leverage that so often is associated with flies tied on bigger single hooks. The fly works very lively in the water – Fished fast it will be skipping on the surface. The tube allows for multiple choice of hooks and hook settings

A well-designed salmon and steelhead tube fly..with all the right measurements. * First-grade materials and quality design – Ensures excellent flies that perform well and will last you for a long time.

There are no reviews yet. 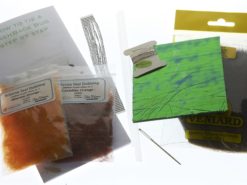 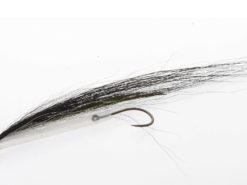 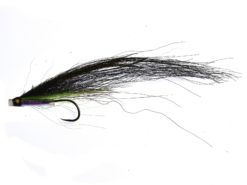 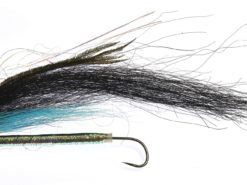 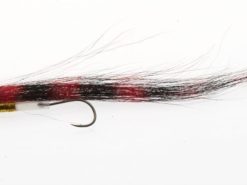 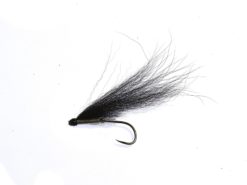